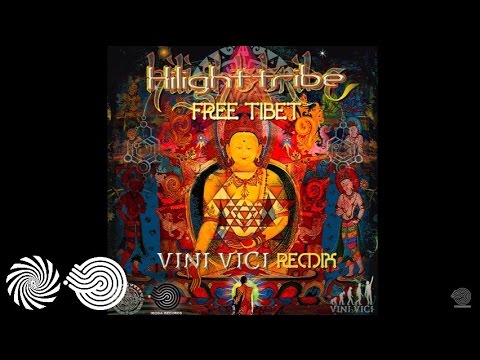 Vini Vici is the psytrance duo formed by Aviram Saharai & Matan Kadosh. Both well known & experienced electronic music producers for over a decade. Iboga Records and FM Bookings, widely considered to be the biggest psytrance label and booking agency, was the first to see the potential of the project and invited them to be part of their well respected family. Since then, Vini Vici have had numerous hits Such as ‘Veni Vidi Vici’ ‘The Tribe’ ‘Namaste’ ‘Free Tibet- Remix’ ‘Great Spirit’ and many many more… and have been ranked on Beatport as #1 ‘PsyTrance’ Artist and ‘Best Selling Track’ of 2015 and 2017, sliding into history in 2016 when their remix of ‘Hilight Tribe – Free Tibet’ gained over 20,000,000 views on YouTube and hit the No.2 spot on Beatport’s Main chart, becoming the first Psytrance track ever entered into the Beatport main Top 10.
They continue to spread psytrance energy all over the world, with over 220 shows in 2016 at some of the most prestigious electronic music events around the globe (A State Of Trance Festival NL, Tomorrowland BE, Boom Festival PT, Electric Daisy Carnival in U.S.A, Ultra U.S.A, Dreamstate U.S.A, Transmission CZ, Experience BR, Vuuv DE, Sunburn GOA, Luminosity NL, Earthcore AU, Unity IL just to name a few…).
Join the tribe.

Managed by the two Danish DJs Emok & Banel since the mid nineties, Iboga Records today are considered the leading label of the global progressive and trance scene. Not limiting itself to one specific genre, the label has been responsible for hundreds of releases in a broad spectrum of electronic music. The main genres being Psy-trance, Techno and Downbeat Electronica. The label has built through the years a strong reputation as a quality brand, housing some of the leading artists of its genre, like Ace Ventura, Liquid Soul, Perfect Stranger, Captain Hook, Ticon, Son Kite and many others.

This channel is powered by Trancentral.
Subscribe for updates: