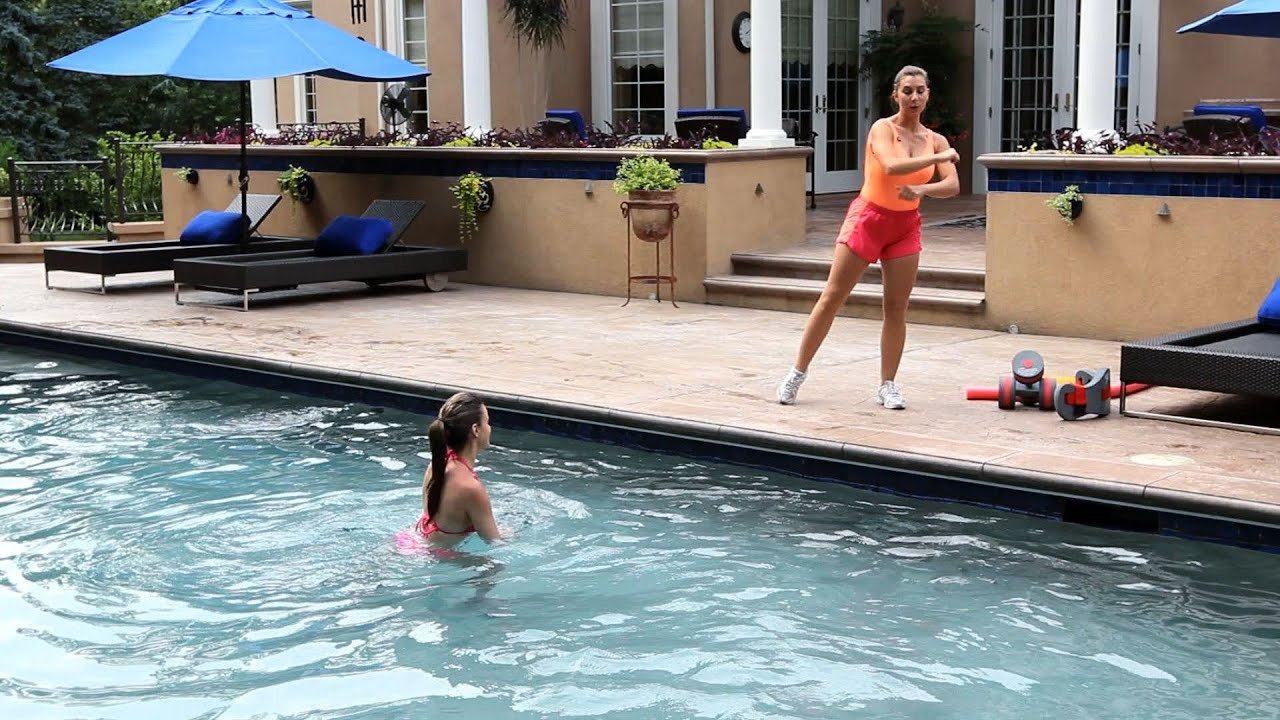 How to Do a Disco Walk Dance Move | Water Aerobics

Watch more How to Do Water Aerobics videos:

Disco walk can be added to the disco arm exercise, so if you’re doing disco arms, and you want to add something different into that song, you can do disco walk. It looks like this. One two three tap, back two three four. And you can use your arms to roll, you can switch it up, one two three four, and you can also add in a clap. So we have one two three clap. And keep your arms under the water to get a better workout, ’cause the water’s going to give you more resistance than if your arms are out of the water. So we have disco walk, you can add a swivel, five six seven eight. So that is disco walk, it’s a lot of fun and it’s great for toning and for burning calories.