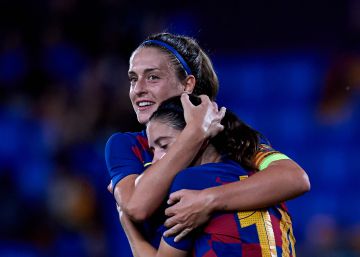 Before professionalism was installed in women's football in Barcelona in 2015, Barca girls had managed to sneak into the top eight teams in Europe. It was in the 2013-2014 campaign, in the second Champions who played. Then they fell by a 5-0 overall against Wolfsburg, champion of that edition. The following season they reached the eighths. "If we had not obtained results, we would never have been able to professionalize women's football," said then coach Xavi Llorens. Since Barça left amateurism they always settled, at least, in the quarterfinals. In 2017 they reached the semifinals and last year they got into the final. This course, after an overwhelming 8-1 overall against Minsk, Barça returns to the quarterfinals of the Champions League. It is the sixth time in its history that achieves it, the fifth in a row.