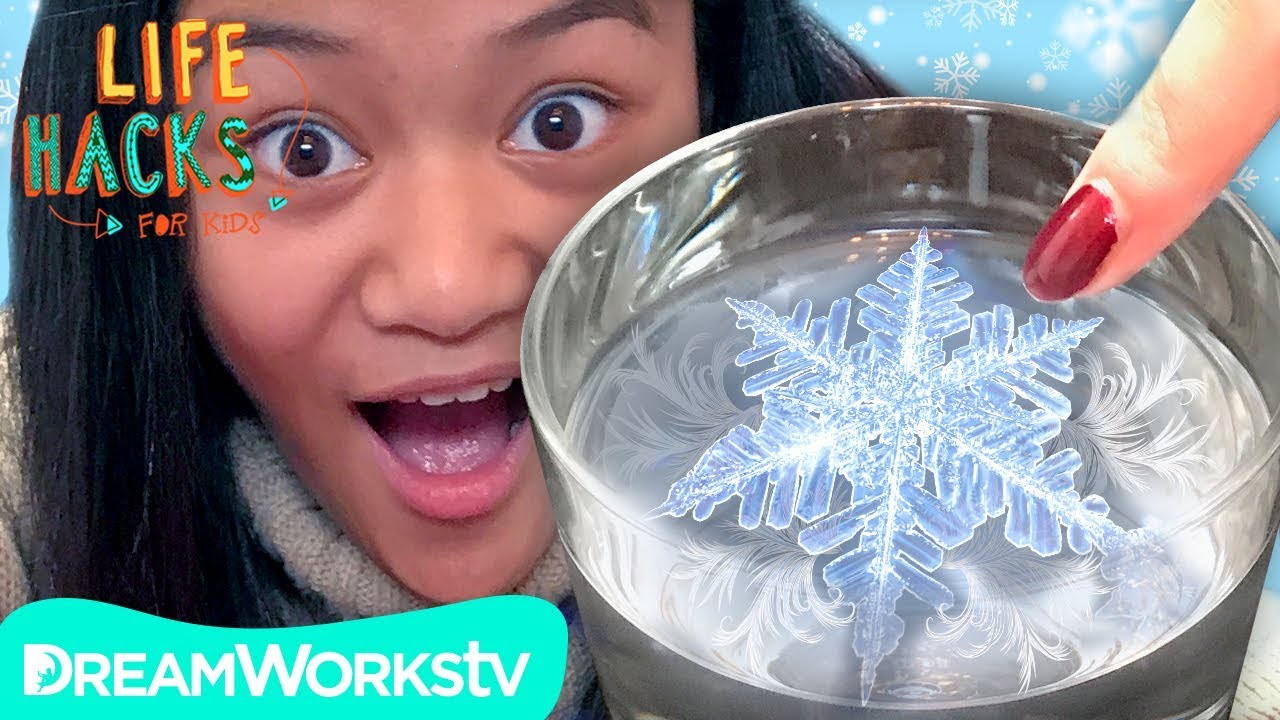 How To Freeze Water With Your Finger | LIFE HACKS FOR KIDS

In this episode, Gillian shows you how to have fun while you freeze. She’ll show you how to make ice cream out of snow, freeze water with your finger, and even make candy in the snow!

Expert life hacker, Gillian, shows you how to make cool stuff out of ordinary things you have at home. Want to create a harmonica with popsicle sticks? Turn a t-shirt into a tote bag? Make a lantern out of a sports drink? Gillian will teach you how!

Join the fun on DreamWorksTV where you can find an endless supply of laugh-out-loud jokes, lovable characters, life hacks, music, magic, gaming and more! Get crafty with our DIY hacks, sing along to today’s catchiest songs, surprise your friends with clever magic tricks, and learn all the best video game tips and tricks. DreamWorksTV has it all, made just for kids! Check back daily for new episodes and don’t forget to follow us on Facebook and Instagram.

Gym Hacks – How to ALWAYS Look Put Together | HACKS